Earlier, I set myself the goal of replacing the existing window framing, which was both ill-fitting and full of holes where parts had been moved and re-moved. Rather than fill and bodge the frame further, I decided to learn from my lessons and re-do the frame, measuring in place for extra accuracy.

I set to the task this morning with my trusty tape and mitre saw at the ready. I took down the existing frame, measured up the pieces and the gaps, and re-cut all the parts. This took a while because there are some tricky angles.

With the upper frame cut, I then joined the parts of the left and right hand sides together with both screws and glue, to impart extra strength and make mounting it easier. The right hand side then went in, secured by screws, followed by the left, and in the middle a filler block which I cut to precise size only once the two sides were in place, to ensure a perfect fit.

The joints are all flush, no gaps or holes

I then set about the lower frame. Once measured up, cut and sanded, I again joined the sides together to form two parts, using screws and glue. These sides would then each sit nicely on the mounting posts below them. Other than a small glitch where I managed to screw directly into another screw below (!), it all went nicely and soon the lower frame was in place too. 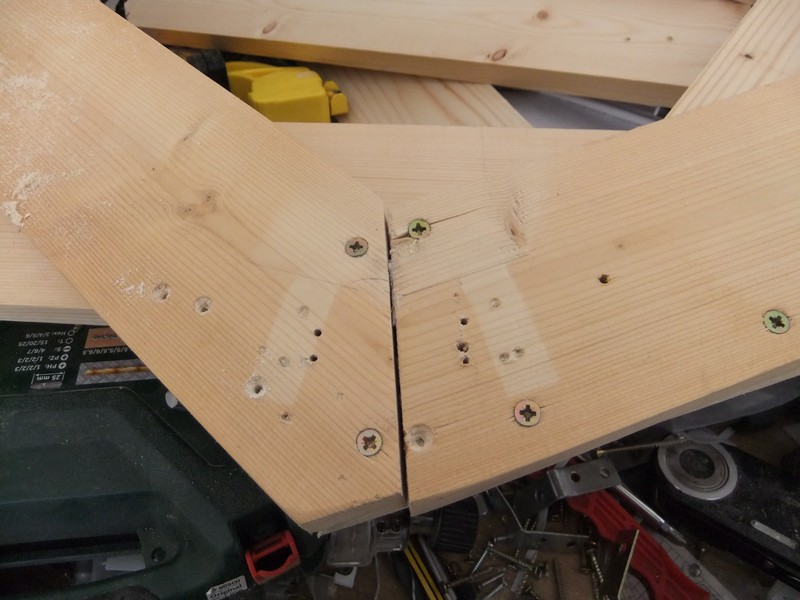 Woodworm? No, just lots of bodging. The old window frame.

However, all was not perfect. A small amount of mis-cutting and mis-measurement had obviously taken place, as there were small imperfections on the fit. I trimmed some pieces down to get the best fit I could, but this still left a couple of places where it wasn’t flush. I decided to live with these rather than cut yet more frame pieces – the objective was to improve the look and in particular to get rid of the various indentations and holes. 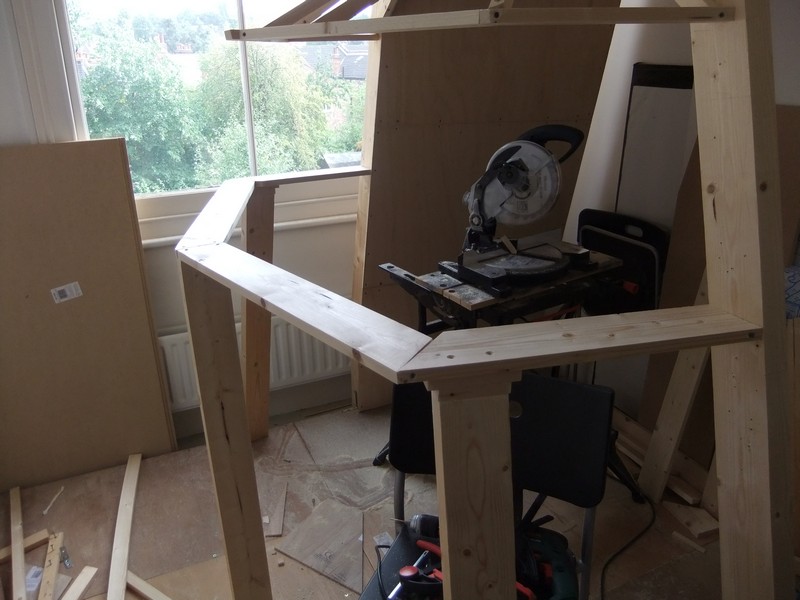 The new lower frame in place without window posts

To fill in the gaps I am employing a technique I’ve used a few times before. Take wood dust, mix it into some wood glue in a small pot, then push the mixture into the gap. This forms a filling that’s at least half wood. Once dry and solid, imperfections can be covered over with traditional wood filler. 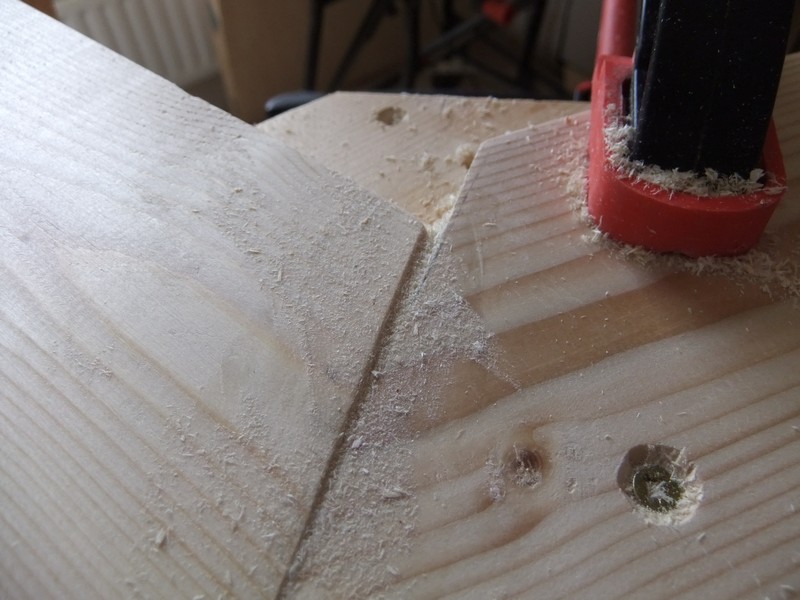 ...but my patented wood-shaving filling technique will fix that

I’m waiting until the gaps are fully filled and the frames sanded down in place before putting the window frames back in place. I’ve also decided to change the way the windows work – I will build individual panes with a thin wood frame which will fit into the larger wood frame and between the posts. This way the windows can be removed easily, and equally I don’t have to disassemble the main frame to take them out for painting etc. I hope to get onto this mechanism tomorrow, although it looks like it will involve making long bevelled cuts, something which only my manual circular saw can do, and at which I am really not much good. We’ll see how easy it is tomorrow, I guess.

Not enough work done so far today to merit a new post, and it’s basically a continuation of this work. I put in new window posts which are the first part of the removable window mechanism. They are really, really simple – just a strip of 22mm pine, cut to the right angles. Each post has only one part as compared to the old posts which had two parts facing the correct angles to slot the plexiglass into them. In this case, what I’m going to do is build plexiglass panes with wooden surrounds that will fit around the posts I’ve just put in. I’ll probably leave this for a while, though, and get on with the rear framing and skinning, the door, and the MIP frame. Obligatory picture follows. 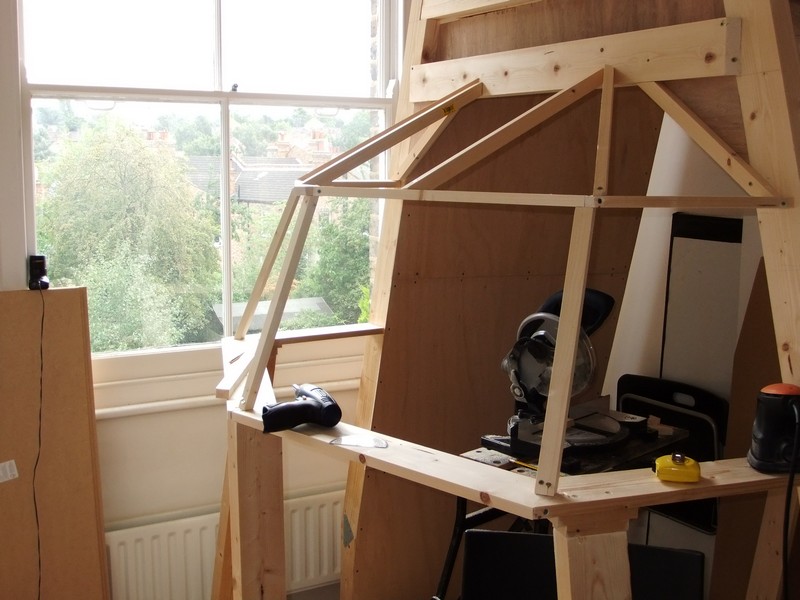