It’s been ages since I posted here. This will not be a surprise to anyone who has followed this blog for any period of time – although ‘follow’ is possibly an inappropriate word for something that moves at the speed of a particularly leisurely sloth – but is a source of constant sadness and irritation for me.

I could plead that I’m getting on with building the sim rather than the bad old days when I might work an hour or so a week on a shell that would never see the light of day, and that would be true; I’ve come a long way in the last 12 months. I have an operating and usable simulator. It’s by no means finished, and it’s by no means the last one that I will build, but it works, I can use it, and I am using it.

I’d love to promise you one update a week. In fact, I will promise you exactly that, and let’s see what happens.

Then there’s my YouTube channel, which has one video on it and about half a dozen hopeful subscribers. Making videos takes a lot more time and effort that writing blog posts, and can’t be easily done at 2am, unlike most of these scribbles. There’s been nothing new on the channel since January, although I shot a bunch of footage during the Great Screen Rebuild and the subsequent getting-things-to-work phase, and I’m hoping to put out a video about the screen rebuild and then something about single-channel vs multi-channel in Prepar3d in the not-too-distant future. I can’t, and won’t, promise any frequency of updates to the YouTube channel. I subscribe to a lot of channels that are updated daily or at least a few times a week, but those guys are doing it as a full-time thing. I have a job. And a life. Not much of one, but I do have one. And sometimes I just want to fly the sim.

Anyway… enough rambling. This is just by way of a promise that there is content to come, now that there is a sim to write content about. I just need to factor writing and shooting videos into my regular schedule. That can’t be hard, can it?

Here’s a quick shot of the sim in action, to show how far it’s come. I’ll explain the layout and function of all the screens in a future post. 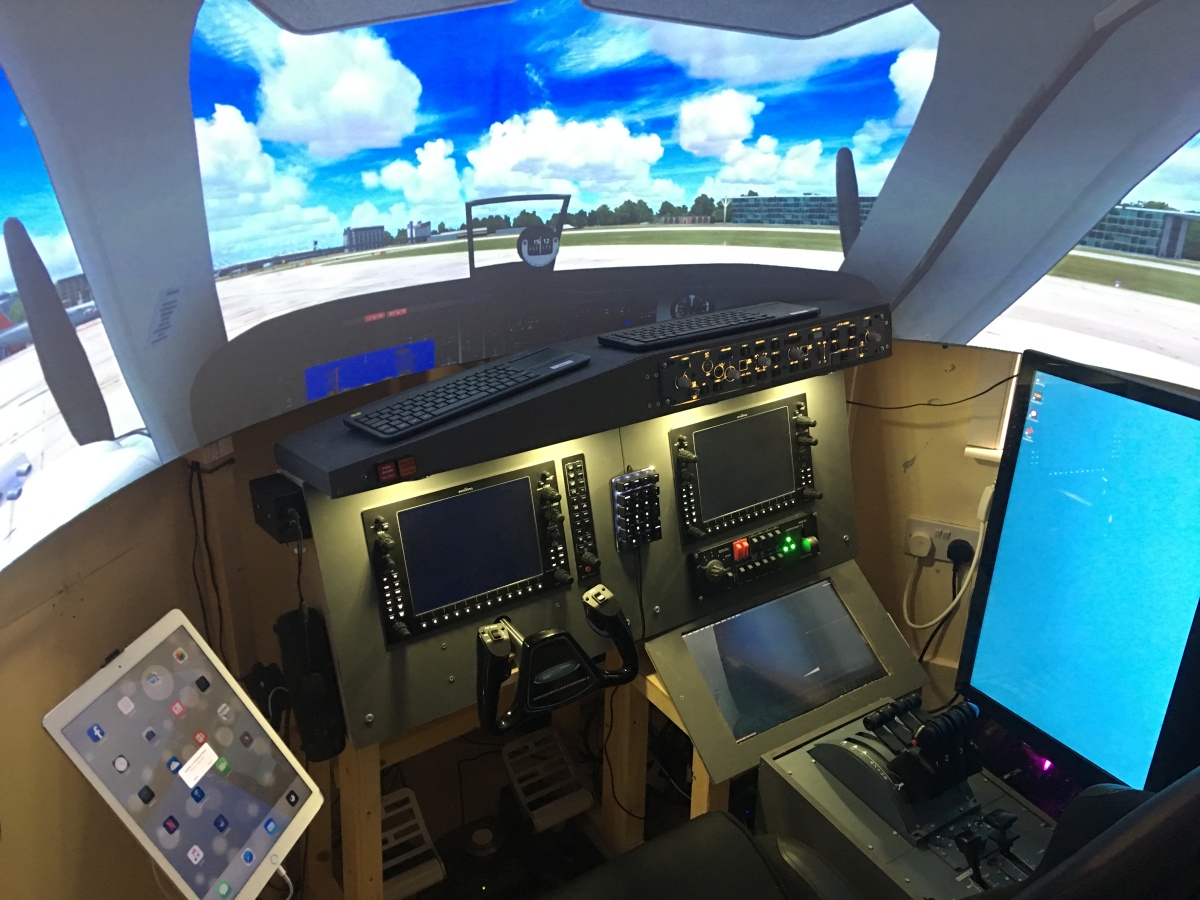